Slot games with themes from popular culture are really common nowadays in the online gambling industry. We’re seeing a huge rise in the number of online slot games being designed and produced and there’s a lot of competition in the industry between slot developers.

Each developer has to try and stay ahead of the curve, and developing branded slots games is just another way to popularise a new release. If you search online for slots games, see how many of them have themes relating to famous films, popular TV programmes, superheroes, and even classic bands.

There’s a very good reason why developers do this. By associating the new slots game with the latest blockbuster, or a popular TV series makes them more enticing to people searching the internet for something to play. Just as a new blockbuster film hits the big screen, it’s simply savvy marketing to then release a game relating to the film.

Although there are a myriad of themes and branded slots such as Vikings Go Wild out there, the “action” theme makes up a considerable segment of them. Action movies are popular, and so there are a number of action themed slots too.

Let’s start lightly. You may not deem the 1995 film a hardcore action film, but it does fall into the genre. Created by the NetEnt, it’s a 5-reel and 36 payline slot with a generous RTP percentage of 96.33%, and plenty of wilds, scatters and free spins.

This is another NetEnt slot game from 2016, based on the Will Smith action movie of the same name. It’s a 5-reel, 10-payline game all about fast trains and dangerous villains. It’s popular amongst slots players for the top-quality graphics, free spins, bonus modes and generous RTP percentage of 96.74%.

Playtech‘s online slot game from the Oscar winning film is a 5-reel and 25 paylines slot. There are two bonus features, both of which can offer big winnings. There’s also a gamble feature where you can try to double up your payout after a winning spin. This slot has an RTP percentage of 94%.

The Tomb Raider slot game by MicroGaming Systems offers 5 reels, 3 rows and 15 paylines. The Tomb Raider logo is wild, and substitutes for all other symbols except for the scatter and bonus. The scatter symbol features Lara Croft herself and when three or more of these symbols appear on the reels, ten free spins are triggered.

No list would be complete without this hugely popular theme. The TV series swept across the whole world and it’s said that about 85% of the anglophone world has seen at least one episode of Game of Thrones. The Game of Thrones slot is quite simple in terms of gameplay as it focuses on the 4 free spins features. The Baratheon Free Spins feature is by far the most rewarding as the 5x multiplier can lead to payouts of 20,250 x your stake on each free spin. 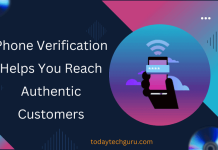 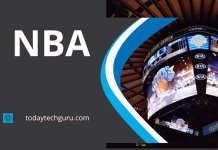